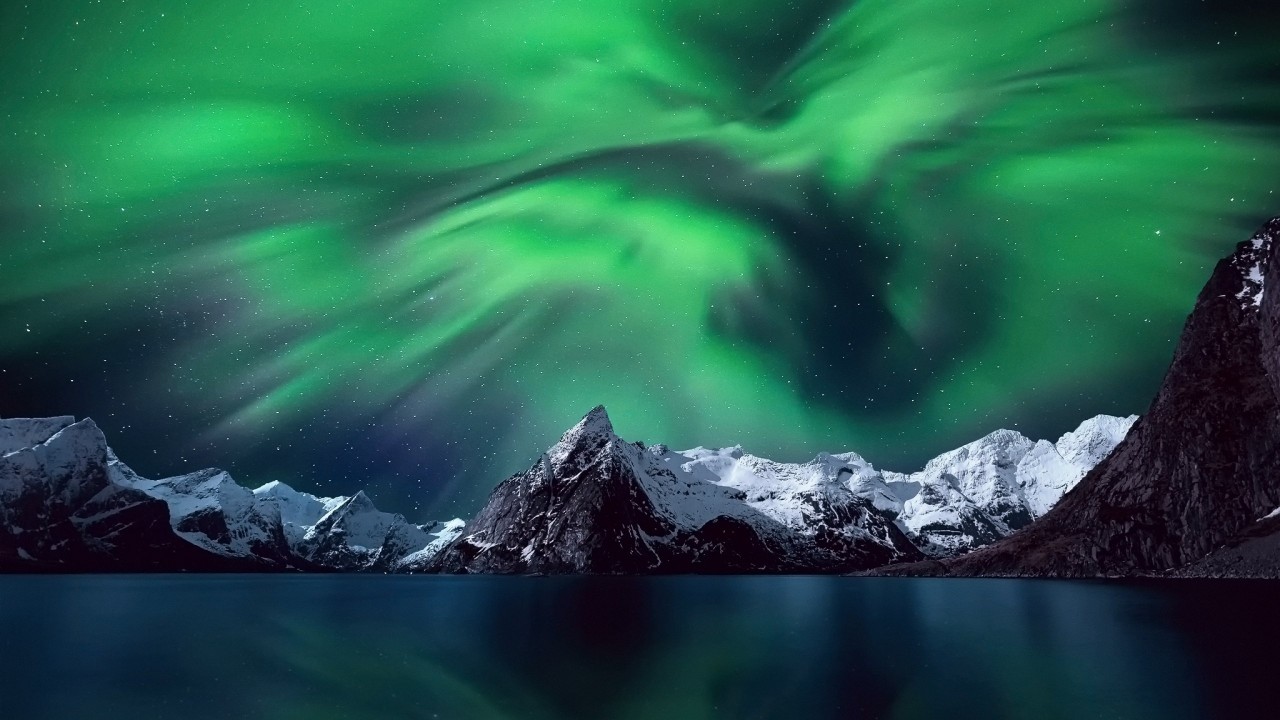 About Northern Lights And Iceland

As guests arrive at the airport in Reykjavik, they will be transferred to their hotel via the airport shuttle bus. 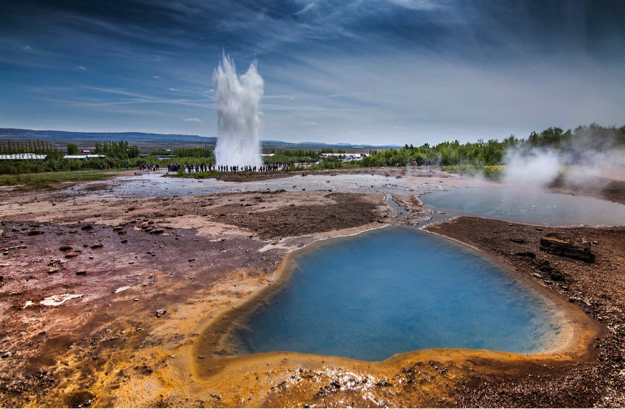 After guests be picked up from the hotel, we start our trip by driving to Thingvellir National Park. Here you can see the Icelandic Parliament .

Afterwards we keep on driving along the route of the Golden Circle and visit at the geothermal site of Geysir, we will see the Strokkur hot spring.

Then we will reach Gullfoss, the golden waterfall. Afterwards, we will visit to the greenhouse-farm in Fridheimar. Overnight in Fosshotel Hekla. In the evening, we will search for the Aurora Borealis.

Althing : Althing is the Icelandic parliament, as well as the name of the building in which the governmental body meets. It was founded in 930, making it the oldest parliamentary institution in the world.

Golden Circle, ICELAND :Iceland's Golden Circle is the country's most popular tourist route, featuring several of the top geological formations in the country, such as the geysers of Strokkur and Geysir, as well as the Gullfoss waterfall.

Geysir : Considered the first geyser discovered by modern Europeans, the eruptions of Geysir can send boiling water up to 70 meters in the air. Only 50 meters away is Strokkur, another famous Icelandic geyser.

Gullfoss :This waterfall in southwest Iceland is one of the country's most popular tourist destinations. It is a multi-tiered waterfall, which all empties into a crevice 32 meters deep.

Fridheimar : This Icelandic village is a popular stop along the Golden Circle route. It is best known as an agricultural center, famous for its delicious tomatoes. 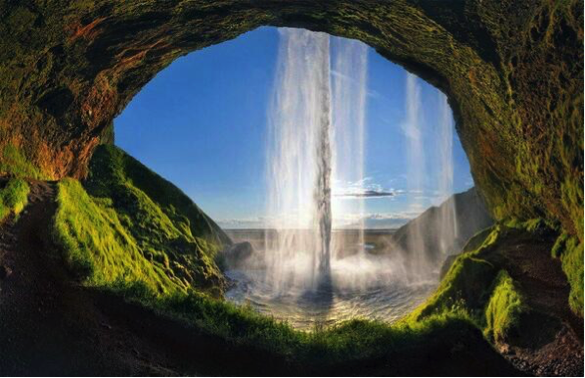 Today, we will travel to the southern region of Iceland. Along the way, we will stop at places like Slejalandsfoss and Skogarfoss, two picturesque waterfalls. We will also visit the Skogar Folk Museum, which will provide us with insight into the island's history and the farmer's way of life. We will then continue to VikReynisfjara Beach. Afterwards, we will reach the village of Kirkjubaejarklaustur.

Kirkjubaejarklaustur : This small Icelandic village has a total population about 500 people. Despite its small size, it is relatively well-known because of the travel facilities it offers on the road between Vik and Hofn.

Reynisfjara :The southern coast of Iceland contains a unique surprise for visitors: black sand beaches, formed due to the region's volcanic activity. Reynisfjara in particular has been called the coolest beach in the country.

Skogafoss : This waterfall in Iceland lies along the Skoga River where it once drained into the sea. The cliff at the top of the waterfall marks where the old coastline of Iceland was. 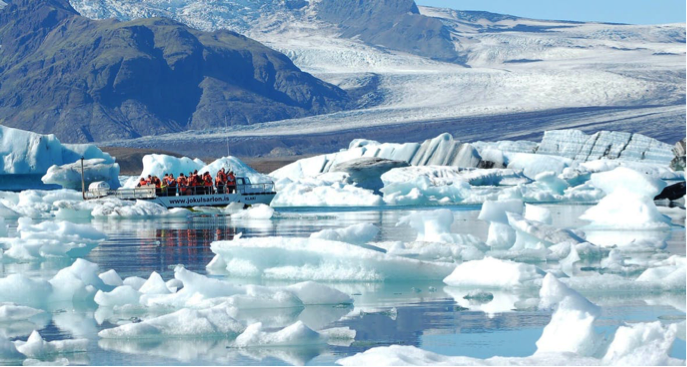 Today, we will explore the southeast part of Iceland. Crossing Skeidararsandur, we will have lovely views of Vatnajokull, the largest glacier in Europe.

Once we have crossed the area, we will reach Skaftafell National Park, known for its unique, abundant vegetation. If conditions allow, we will be able to take a short hike to Svartifoss waterfall.

Continuing east, we will arrive at Jokulsarlon glacial lagoon, one of Iceland's most famous attractions. In the evening, we will drive back to the hotel.

Skaftafell National Park: The second national park, Skaftafell, is established in 1967 and about 400-500 square kilometres. It contains some of the most precious natural pearls of the country. The rugged landscapes, mountains and glaciers, the flora and the fauna have a magnetic influence on the visitors.

Svartifoss : Known as the black falls, this waterfall is one of the most popular sights in Vatnajokull National Park. The waterfall is surrounded by dark lava columns, which have provided inspiration for Iceland's architects.

Jokulsarlon : This large glacial lake in Iceland is growing all the time due to the nearby glaciers melting. It has been featured in four movies, including Batman Begins and two James Bond films.

Hotel: in the area of Kirkjubaejarklaustur 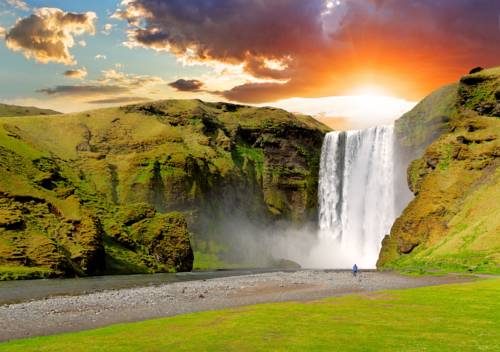 Today, we will make our way back to Reykjavik, traveling along Iceland's South Shore. On the way, we will visit the Lava Volcano Center in Hvolsvollur.

When we arrive in Reykjavik, we will enjoy some sightseeing around the city, visiting the Perlan Building, Hofdi House, Town Hall, Althingi, Hallgrimskirkja and the old harbor.

Hvolsvollur : A small town in the south of Iceland about 106 km to the east of Reykjavík. It is situated in the inland swamps of Landeyjar, in the municipality of Rangárþing eystra.

Reykjavik : Reykjavik is the capital of Iceland and was founded in 1786. Its important function as a seaport has led to its continual development over the past two-plus centuries. It has been called "the nightlife capital of the north."

Hofdi House : This house in the northern part of Reykjavik has been the residence of many diplomats and other people of note. In 1986, it was the site of the Reykjavik Summit between the USA and the USSR.

Hallgrimskirkja : Hallgrimskirkja is a Lutheran Church in Reykjavik and the largest church in Iceland. Founded in 1945, Hallgri-mskirkja was architecturally designed to resemble the lava flows of Iceland's landscape. The church is also used as an observation tower.

Perlan : Situated in Iceland's capital city of Reykjavik, Perlan is a landmark building and exhibition space. The ground floor of the building, known as Winter Garden, houses concerts and events, while the fourth floor provides guests with viewing deck. The top floor is home to a revolving restaurant.

Althingi : This classical 19th century building in Reykjavik houses the Icelandic Parliament. Only the detailing chamber and some small meeting rooms are located here, while committee chambers, parliamentarians' offices, and more are located offsite.

Reykjavik City Hall : Reykjavik City Hall houses the offices of the mayor of Reykjavik and features a cafe and large 3D map of Iceland. Constructed in 1992 following an international architectural competition, the hall is often used for art exhibitions and other public events. 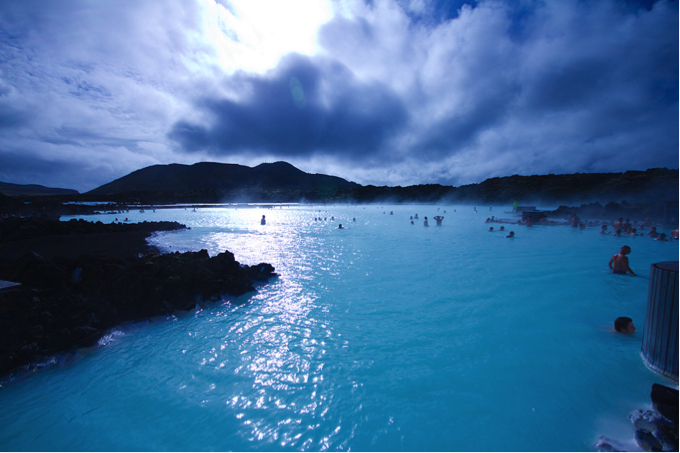 Reykjanes Peninsula : The Reykjanes Peninsula is most popularly known for the Keflavik International Airport and Blue Lagoon. A geothermal area, Reykjanes offers access to a wide array of activities including caves, hot springs, restaurants, museums, lighthouses, festivals, and dramatic landscape.

Blue Lagoon : Warm up in the Blue Lagoon, a geothermal spalocated in a lava field in southwestern Iceland, in Grindavik. Visitors can swim and relax in mineral rich water, said to have health benefits, in temperatures averaging 37 -39 Ã‚Â°C(99 - 102 Ã‚Â°F).

All purchases are subject to re-confirmation within 2-3 business days after booking.

Thanks for signing up! Check your email for confirmation.

We are more than happy to help you, kindly call or email us and we will assist you with best of our services. 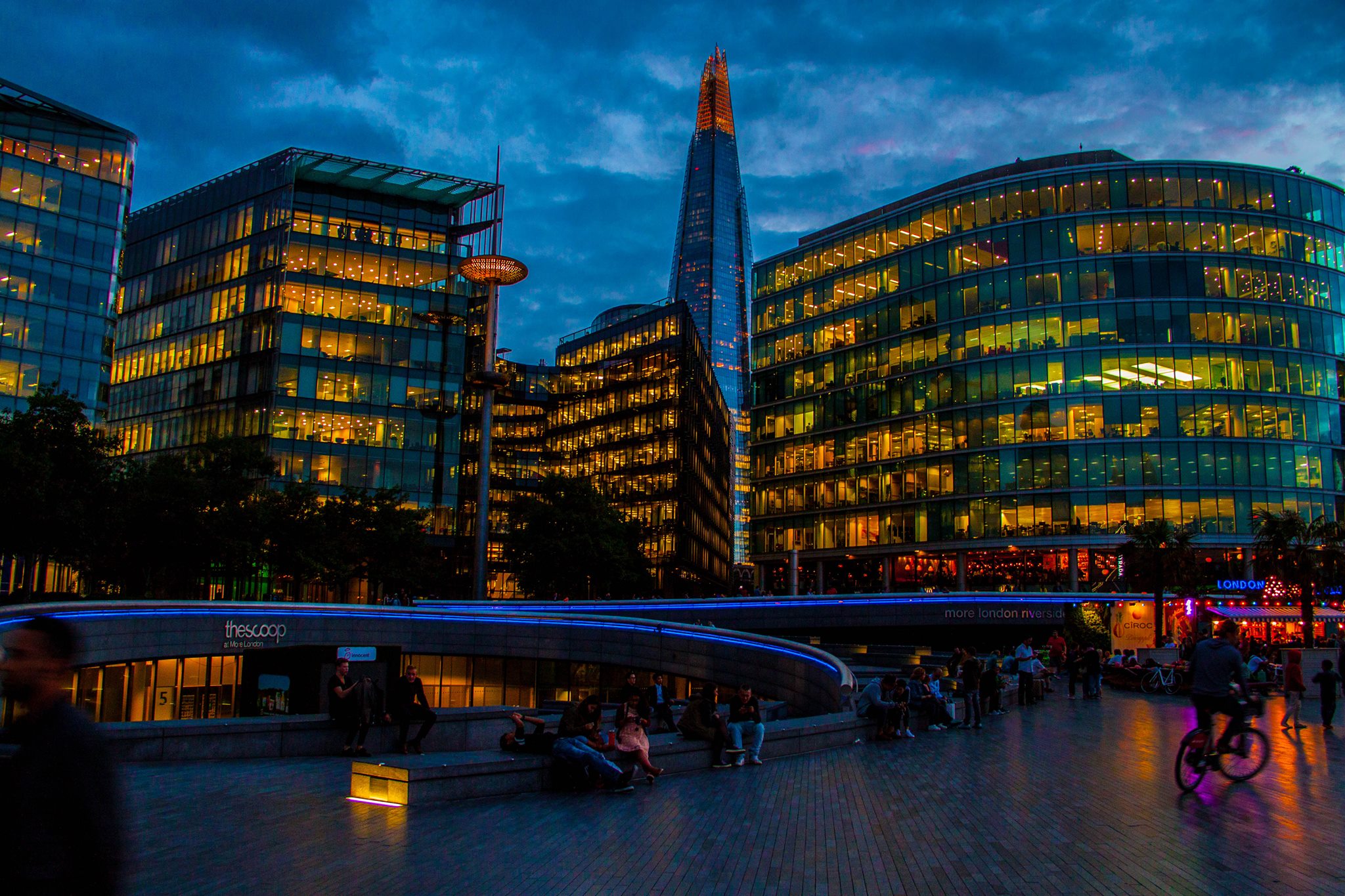 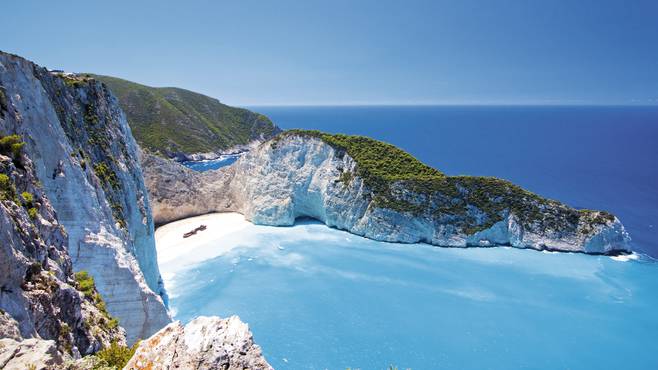 10 days in Turkey and Greece 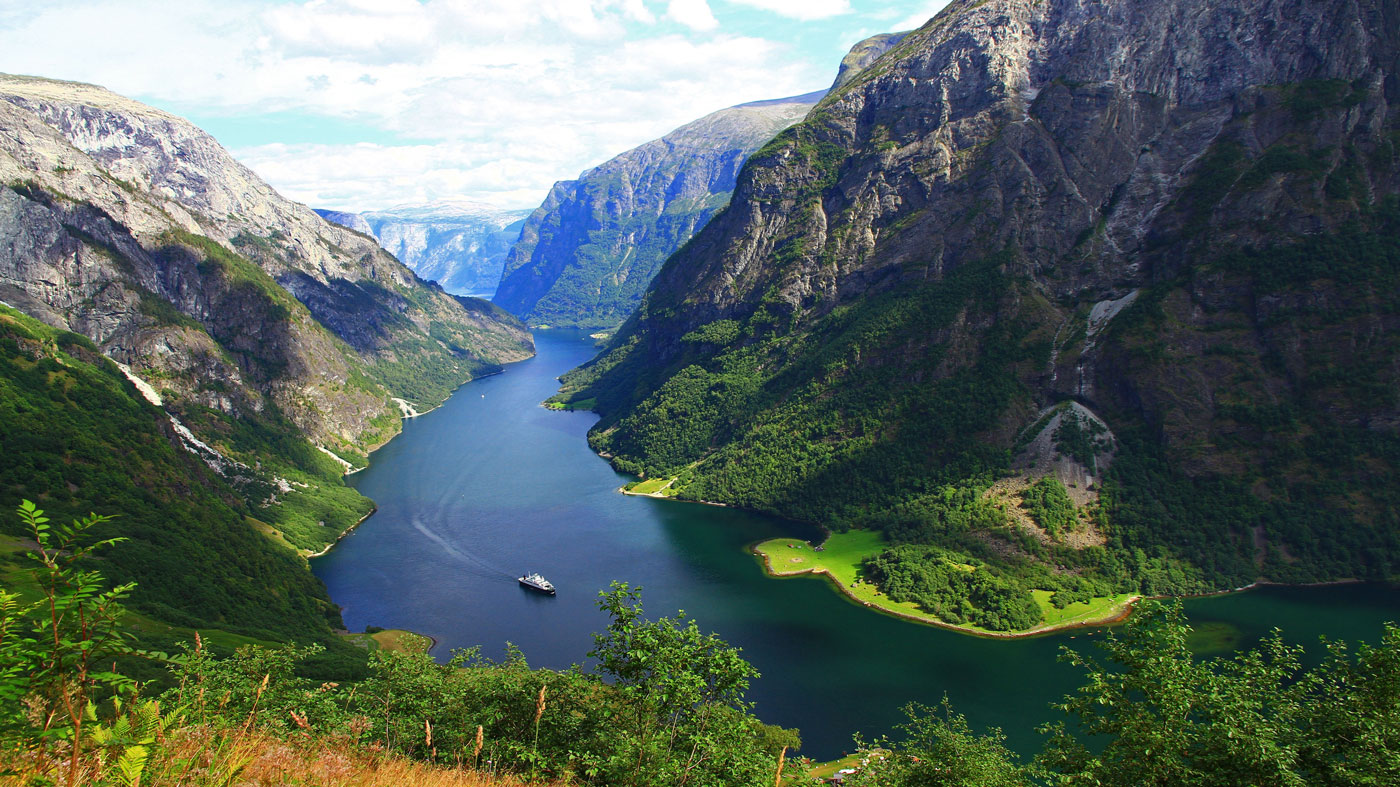 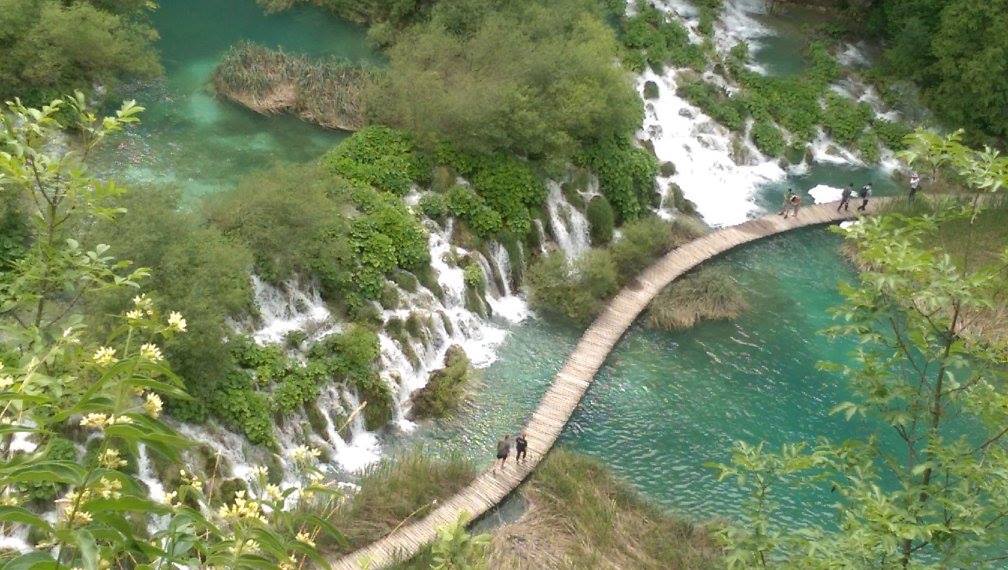 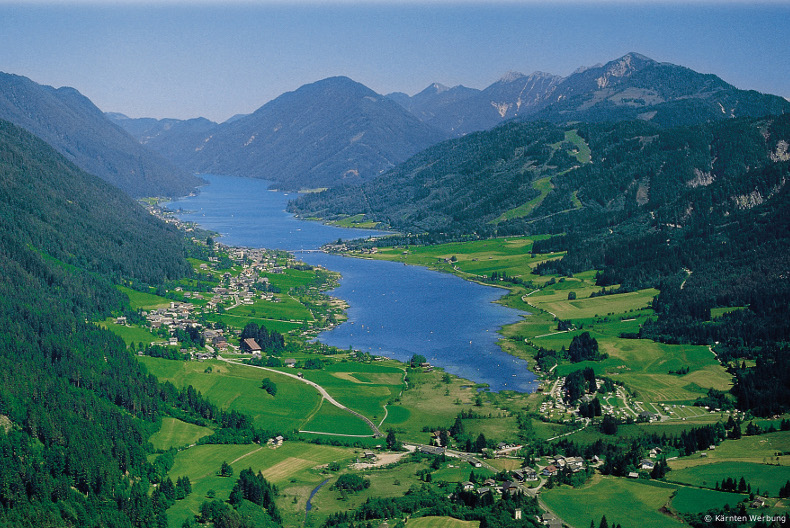 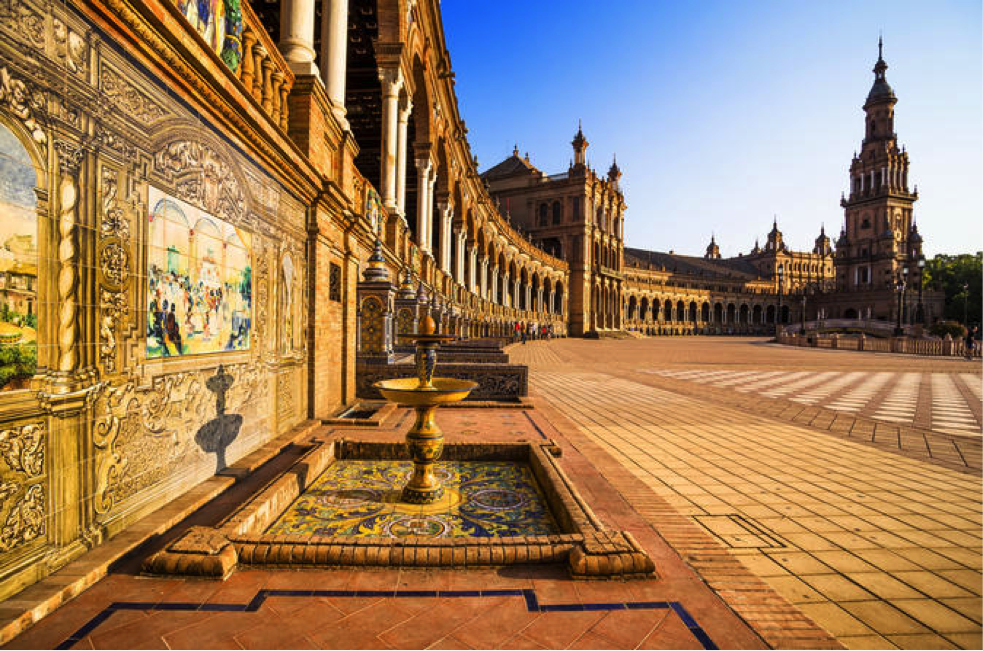